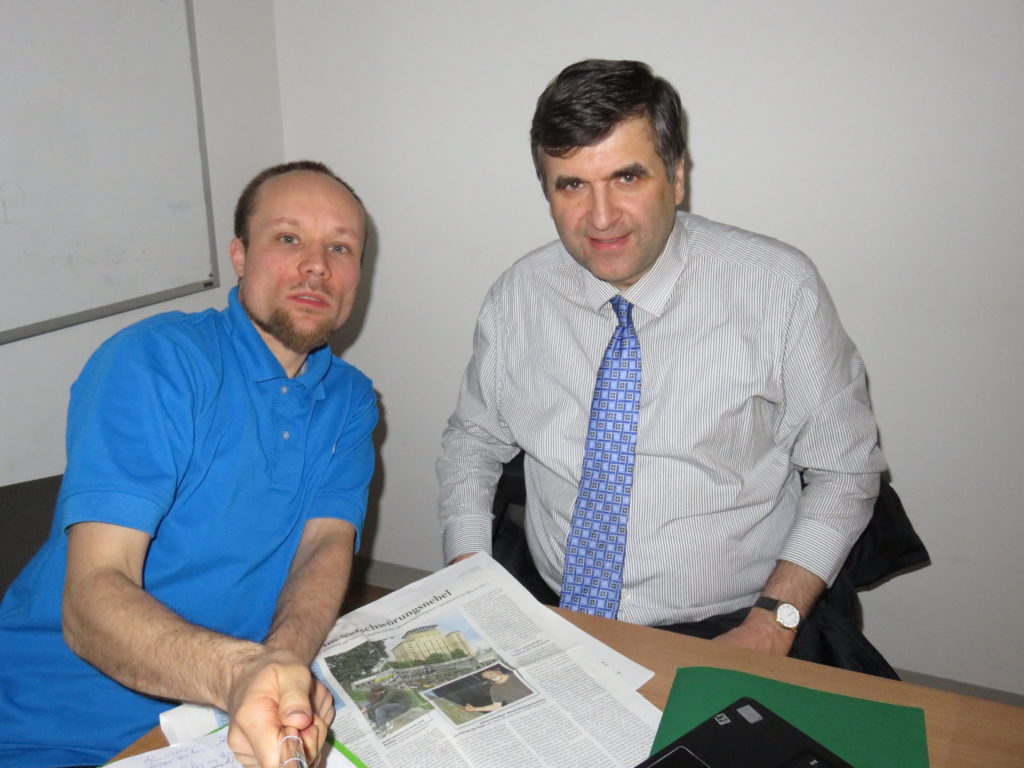 ( Finally! For more than two years we´re writing each other on „facebook“ already … at the end a meeting in real life. PROF. IVAN KATCHANOVSKI (49) teaches politics at university of Ottawa/Canada … alternative media (also Dr. Daniele Ganser) regard him as hero!

The reason: Prof. Katchanovski made a survey on UKRAINE´s overthrow in February 2014 … blaming Maidan revolutionaries to be (mainly) responsible for the death of 104 protestors and 18 policemen. He accuses system media and authorities TO BURKE the truth.

„This was an asymmetric war“, Katchanovski says with high, nearly boylike voice. „The rebels were inferior to the state. They could only win by discrediting the government.“ That´s why „secret snipers shot into both sides in organized way“ in order to fuel the conflict. President Yanukovych had to resign – it was the start of crisis with Russia.

Ivan Katchanovski himself is from Western Ukraine, a pro Maidan stronghold … he places part of the blame for escalation on Moscow … and has had same conclusions as „Bellingcat“ regarding MH17, based on „my own research“ as he emphasizes. Many of the pro Russian scene don´t know that. Alternative media didn´t mention some very important details: Like his statement, „there´s no evidence for foreign contribution“. It´s surprising – especially because the internet quotes Ukrainian-Canadian scientist to be key witness for „the American conspiracy“. „Evidence concerning the event“, so Katchanovski, „show elements of peoples revolution, coup d´état and Western-backed regime change.“ It has to be further investigated what did turn the balance.

Mr. Katchanovski focuses much more on players within Ukraine; assuming the nationalists, possibly supported by oligarchs, could have acted alone. He doesn´t claim „professional snipers“ were responsible.

For the first time I do understand what Prof. Katchanovski meant when saying „we´re not too far from each other“. My documented evidence points out that there wasn´t „a big conspiracy“. For ten weeks I´ve lived in a tent on Maidan … interviewing eyewitnesses, visiting crime scenes, collecting projectiles, illuminating bullet channels by laser … and finally analyzing my results with physicians, secret service agents and militaries. And now: Nearly six hours exchange of ideas in a side room of university corridor. Well, it´s mainly Mr. Katchanovski talking – unfortunately not in front of the camera, but without interruption.

So he also refers to the fact that nobody has been sentenced so far … enlightenment stagnates, even more than three years after. Maidan fighters are regarded „heroes of the nation“ which means to not be target of prosecution at all. Well, what I´m thinking … how could policemen be legally convicted in a situation they just tried to follow their duties? If such event had taken place in USA, probably state power would have been much more brutal.

Our meeting in the Canadian capital helped me to get a much more nuanced image of Prof. K.´s work – better than everything what´s readable from cold texts. Still I can see the weaknesses of academic political science in general: Often there isn´t truth research in the field, no interviews, no tests. „Our regular task is to analyze media content“, Katchanovski says.

But what to do if both – system press and alternative media – write nonsense? ) 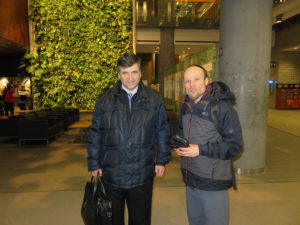 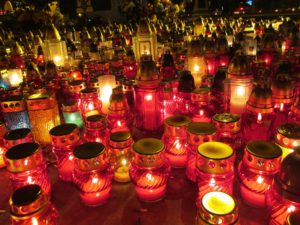 ( * It´s an emotional debate – sorrow, anger, aggressiveness are part of it.

For many West Ukrainians it´s about a new foundation myth … about defending sovereignty of their nation. Many East Ukrainians feel threatened – and don´t accept to be artificially separated from „Mother Russia“.

From my point of view COURSE OF EVENTS is very reasonable:

1.) President Yanukovych´s deprivation of power was morally justified with the fact he would have ordered to kill (peaceful) demonstrators by using „snipers“.

2.) In order to reunite the country, new leadership claimed „the snipers“ to have been „Russian specialists“, NOT Ukrainians.

3.) The Russian side resisted offensively by claiming „the snipers“ would have been „NATO agents“.

4.) In the information war which continuously rages in the internet, each side takes scenarios and signs they need.

5.) Those who´re not participants or viewers of the information war, have forgotten the topic already.

6.) For getting rid of president Yanukovych and for fighting Russia, the nationalists were very useful. In case they´re a problem for Ukraine´s integration into EU & NATO, history could be quickly rewritten again. In that case Prof. Ivan Katchanovski would finally get his international recognition. )

Any cookies that may not be particularly necessary for the website to function and is used specifically to collect user personal data via analytics, ads, other embedded contents are termed as non-necessary cookies. It is mandatory to procure user consent prior to running these cookies on your website.